Use the form above to find your loved one. You can search using the name of your loved one, or any family name for current or past services entrusted to our firm.

Click here to view all obituaries
Search Obituaries
Immediate Need
We are here to help you. If you have need of our services, please call us, day or night, at:
(715) 693-2450
To better prepare yourself, we have provided you with some helpful information regarding the immediate need process.
Contact Us / Location

Please enter the name and email details so that we can send your friend a link to the online tribute. No names or addresses will be collected by using this service.

To share your memory on the wall of Elsie Krukowski, sign in using one of the following options:

Your condolence has been submitted for approval. There may be a delay before posting.

There may be a delay while processing. Please do not click the back button or refresh while a payment is processing.

Your donation has been processed successfully

Provide comfort for the family with a meaningful gesture of sympathy.

We encourage you to share your most beloved memories of Elsie here, so that the family and other loved ones can always see it. You can upload cherished photographs, or share your favorite stories, and can even comment on those shared by others. 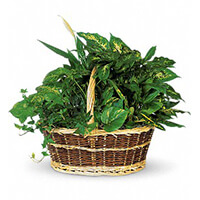 Dan and Michelle Rogalla purchased the Large Basket Garden for the family of Elsie Krukowski.

Jean Whitt purchased the Medium Dish Garden for the family of Elsie Krukowski.

Joe, Carolyn Whitt and Family purchased the Sweet Tranquility Basket for the family of Elsie Krukowski.

Connect with families at their time of loss.

By subscribing to email updates, you will receive two daily updates containing all new stories, photos, condolences, and more. You will also receive a one-time email, one week prior to the anniversary of death. The email will only serve as a reminder should you choose to connect with the family at what will no doubt be a difficult time.

Please select your relationship to the deceased and add your email address before submitting.

The following fields are required.

You have successfully been subscribed to email updates.

You should begin receiving updates within 12 hours. There will be instructions in the e-mail should you wish to unsubscribe, change your e-mail address, or otherwise configure your experience.

Obituaries
About Us
Our Services
Funeral Planning
Grief & Guidance