Use the form above to find your loved one. You can search using the name of your loved one, or any family name for current or past services entrusted to our firm.

Click here to view all obituaries
Search Obituaries
Immediate Need
We are here to help you. If you have need of our services, please call us, day or night, at:
(715) 693-2450
To better prepare yourself, we have provided you with some helpful information regarding the immediate need process.
Contact Us / Location

Please enter the name and email details so that we can send your friend a link to the online tribute. No names or addresses will be collected by using this service.

To share your memory on the wall of Ardus Plaza, sign in using one of the following options:

Your condolence has been submitted for approval. There may be a delay before posting.

There may be a delay while processing. Please do not click the back button or refresh while a payment is processing.

Your donation has been processed successfully

A receipt has been emailed to the address provided. A receipt may also be printed.

Print
Ardus Doris Plaza, passed away peacefully, with her daughter Sandra by her side, at North Haven in Stevens Point at 7:47 p.m. on April 11th, 2021.

Ardus was born on August 20, 1937 in Schofield, WI. The daughter of Icabod B. Albee and Mary S. (O’Keefe). She married David J. Plaza on June 1st, 1957 at St. Therese Catholic Church, in Rothschild, WI. They raised three girls and lived in Kronenwetter. He preceded her in death on January 29, 2007.

Ardus, a woman as unique as her name. She enjoyed reading, nature, flowers, and vegetable gardening. She also liked to draw, watch birds, listen to music, sunbathe, walks, camping, fishing and bow hunting. Ardus was a sociable woman, a very beautiful and classy lady who had many friends. She loved to gamble, play cards, shoot pool and share cocktails with friends. She was fun loving and full of fire. She was nicknamed “Ardie” by friends and family. She could be snarky at times with her electric personality, she was well liked by many. She was a dog fancier and always had a long-lived companion by her side. She was a homemaker whom later worked as a bartender and gas station attendant in Mosinee.

A Memorial Service will be held at 11:00 a.m. on Thursday, April 22, 2021 at Beste Funeral Home, Mosinee. The Rev. Donald Meuret will officiate. She will be laid to rest with her husband at Gate of Heaven Cemetery, Rothschild. Visitation will be from 9:00 a.m. until the time of services all at the funeral home. Online condolences can be made at www.bestefh.com.

The family would like to thank all the heroes at Copperleaf who took such good care of her.

I am standing upon the seashore. A ship at my side spreads her white sails to the morning breeze and starts for the blue ocean. She is an object of beauty and strength. I stand and watch her until at length she hangs like a speck of white cloud just where the sea and sky come to mingle with each other. Then someone at my side says: “There, she is gone!”

Gone from my sight. That is all. She is just as large in mast and hull and spar as she was when she left my side and she is just as able to bear the load of living freight to her destined port.

Her diminished size is in me, not in her. And just at the moment when someone at my side says: “There, she is gone!” There are other eyes watching her coming, and other voices ready to take up the glad shout: “Here she comes!”

And that is dying…. – Henry Van Dyke.
Read Less

Provide comfort for the family with a meaningful gesture of sympathy.

We encourage you to share your most beloved memories of Ardus here, so that the family and other loved ones can always see it. You can upload cherished photographs, or share your favorite stories, and can even comment on those shared by others.

Plant a Tree in Memory of Ardus
Plant a tree 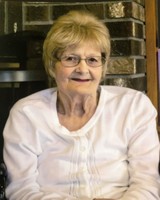 Connect with families at their time of loss.

By subscribing to email updates, you will receive two daily updates containing all new stories, photos, condolences, and more. You will also receive a one-time email, one week prior to the anniversary of death. The email will only serve as a reminder should you choose to connect with the family at what will no doubt be a difficult time.

Please select your relationship to the deceased and add your email address before submitting.

The following fields are required.

You have successfully been subscribed to email updates.

You should begin receiving updates within 12 hours. There will be instructions in the e-mail should you wish to unsubscribe, change your e-mail address, or otherwise configure your experience.

Obituaries
About Us
Our Services
Funeral Planning
Grief & Guidance