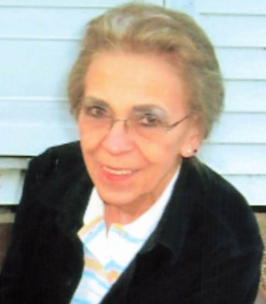 Alice and Jim owned and operated The Happy Hollow Bar in Mosinee for 42 years where they were known for their famous homemade fish fry. After Jim passed, Alice continued to operate the bar until 2020. They loved taking the grandkids up to Lake Nakomis to their camper where they enjoyed campfires, water ski shows, and many, many laughs.

Alice looked forward to bowling league, playing pool, and playing cards. She was a member of the bowling league for many years. She had a passion for the outdoors – taking her dog for walks, gardening, and feeding the wildlife were all favorite past times of hers. She also loved crafting and sold Avon for many years.

Services will be at 11 a.m. Tuesday, Nov. 15, 2022, at St. Paul Catholic Church, Mosinee. Entombment will be at Restlawn Memorial Park, Wausau. Visitation will be from 10 a.m. Tuesday until time of services all at the church. Beste Funeral Home, Mosinee, is assisting the family with arrangements. On-line condolences can be directed to the family at www.bestefh.com.

All rights reserved. This obituary is also archived at obittree.com